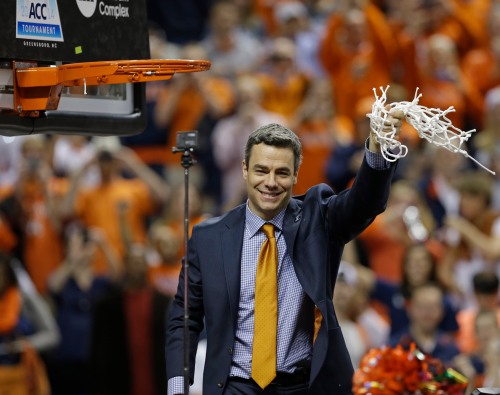 Here’s your chance to support two of the best things in Charlottesville: (1) the Blue Ridge Area Food Bank, which feeds more than 100,000 people each month; and (2) UVa Men’s Basketball Coach Tony Bennett, who has brought excitement, success, and, above all, integrity to the Virginia program. Bennett is competing in the Infiniti Coaches’ Charity Challenge, where 48 of the nation’s best basketball coaches have each selected a favorite local charity. Over four rounds of voting, whoever receives the most votes wins for their charity. For BRAFB, the $100,000 grand prize would mean more than 400,000 meals for the area’s hungry. If that’s not enough reason to vote, each vote gives you a chance to win memorabilia signed by Bennett. There are four rounds of voting. So, vote early and often. Go Coach Bennett!