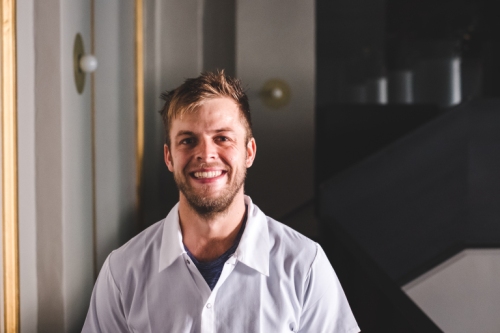 If the adage is true that there can be “too many cooks in the kitchen,” the Lampo/Prime 109 team defied it for years. Even from the time they opened Lampo in 2014, some wondered how three of Charlottesville’s top chefs could survive together in such a small restaurant. In the five years since, the three not just survived, but thrived — each separately winning C-VILLE’s annual Best Chef award: Loren Mendosa in 2015, Ian Redshaw in 2018, and Mitchell Beerens in 2019.

But, as successful as the trio has been, it could not last forever, as eventually one or more of them would want to pursue their own vision. For Prime 109 Executive Chef Ian Redshaw, that time has come, as the chef parted ways with the restaurant this month. A chef of boundless creativity, the 2019 James Beard award semifinalist says he has reached a point in his career where is ready to explore that creativity to the fullest, something the confines and demands of a Neapolitan pizzeria and steakhouse do not always allow. While Redshaw’s long term plans are still in the works, in the short term the father of two says he looks forward to more time with his family, while also planning a private dining series, launching soon. Stay tuned for dates and venues.

As for Prime 109, Redshaw says he leaves in good hands the winner of 2019 Best New Restaurant. “I am confident that Prime 109 will grow under the talented hands of the kitchen staff and remaining partners,” Redshaw says. Stepping in to run the kitchen is Mendosa, who says he has no plans to change what Redshaw helped to build.

Mendosa also says that, though sad to lose a business partner, he is excited to experience Redshaw’s food as a customer again. “I’ll always remember the first meal that Ian made for me at L’Etoile: fried sweetbreads with Brussels sprouts and capers, and from that point on I’ve been blown away by his creativity and passion,” said Mendosa. “His pure enthusiasm for food is contagious and makes everyone around him want to be a better chef.”

Though the origin of Charlottesville’s nickname “The Hook” is uncertain, one theory is that the city’s allure hooks roving residents to return. Not even world class chefs, it seems, can resist its charms.

What brought de Brito back this time? Brian Helleberg, owner of Fleurie and Petit Pois, who contacted de Brito about rejoining the team after pastry chef Serge Torres’ departure earlier this year.

Given de Brito’s great respect for Helleberg, he of course listened. “I have known Brian for 18 years,” said de Brito. “We share the same love of cooking, and he can get as excited as I can in front of a plate of food – a rare quality in my eye.” De Brito especially credits Helleberg for his commitment to buying from local farmers “quietly and extensively . . . long before it was marketable.”

Officially, de Brito will be Pastry Chef for Fleurie and Petit Pois, but his impact will extend further, as we will be charged with helping both restaurants excel and improve. “Just like the first time Chef José returned to us, he’ll be re-joining a better team, restaurants and infrastructure than when he left,” says Helleberg. “As we add him as pastry chef and a catalyst of our culinary ecosystem, I’m looking forward to seeing him and the businesses thrive.”

Perhaps most exciting for de Brito’s fans is that he will be responsible for a new series of Sunday dinners at Fleurie, each with a different theme. Details to come. 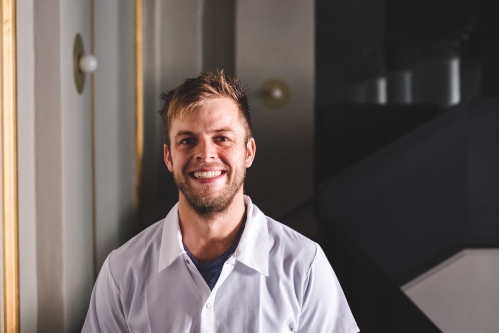 When it comes to food awards per capita, few cities can top Charlottesville. The James Beard Foundation, the Good Food Awards, The Food Network, and The Cheesemonger Invitational are just some to bestow awards upon Charlottesville area food in recent years. The Little Food City That Could keeps chugging along.

Now, for the first time ever, a Charlottesville chef is a James Beard semifinalist for national Rising Star Chef of the Year: Ian Redshaw of Prime 109. According to the award’s criteria, it recognizes “a chef age 30 or younger who displays exceptional talent, character, and leadership ability, and who is likely to make a significant impact in years to come.” Just 23 chefs in the country are semifinalists, with most coming from large markets like Chicago, Los Angeles, and Boston. And, to put the award in perspective, past winners include chefs like Bobby Flay, David Chang, Michael Mina, and Grant Achatz.

While Redshaw’s star power is finally being recognized outside Charlottesville, it has been well known here for years. To the country, rising. To Charlottesville, risen. Soon after the Culinary Institute of America graduate came to Charlottesville at age 22, he was already a star: l’étoile de L’étoile. Next, after a brief stint at Tavola, he helped to launch Lampo, where he created both the 2015 and the 2016 Dishes of the Year, and then was named 2018 Best Chef in C-VILLE Weekly. Now as Executive Chef of Charlottesville’s 2019 Best New Restaurant, Redhsaw’s talent continues to turn heads, including even the Governor’s, who last year called Redshaw’s steak the best of his life.