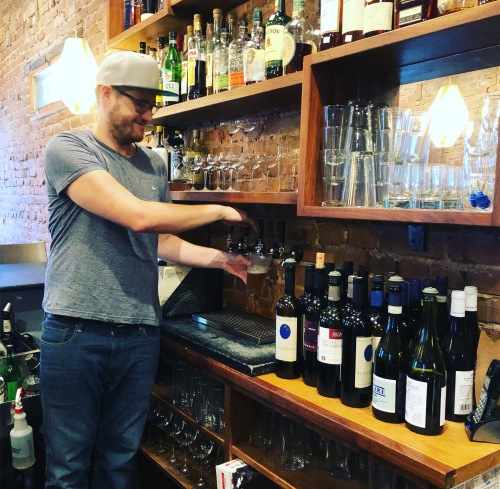 Until yesterday, there were just four places on earth you could get Collaboration 29, the new limited release IPA from Reason Beer: Reason itself, Beer Run, Kardinal Hall, and the Executive Mansion of the Governor of Virginia. Now, Lampo makes it five.

A tribute to Charlottesville itself, Reason calls Collaboration 29 “a juicy, tropical love letter to our home town, brewed in partnership with Beer Run, Murphy & Rude, Kardinal Hall and The Charlottesville 29.” Just last week, Governor Ralph Northam explained why it is on tap at the Executive Mansion. “I like that this particular beer represents a collaboration among the men and women who work in the food and beverage scene that makes Charlottesville such a great place to live,” said Governor Northam.

Under co-owner Andrew Cole, Lampo already had a well-curated selection of wine, beer, and spirits. And now, it’s even a little better. To pair with Collaboration 29, Cole recommends the spicy Diavola pizza, which is topped with a spicy spreadable salumi called n’duja, along with san marzano tomatoes, fior di latte cheese, wild oregano, and calabrian chili. Got better lunch or dinner plans?