Fruitbasket Arrives at Champion on January 23 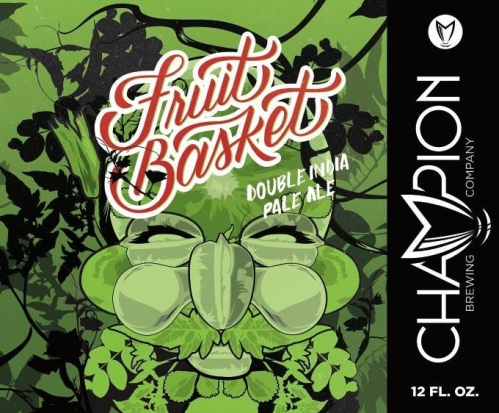 With so much good beer available these days, rare is the occasion when special releases  generate the mania they once did. Some consumers even suspect breweries of artificially suppressing supply of some beers to manufacture scarcity and the hype it can yield.

In many cases, though, there are good reasons for supply of a great beer to be so limited. Like hard work. Take Fruitbasket, by Champion Brewing Company. First released in 2014, Fruitbasket is an IPA with extravagant amounts of Mosaic hops, and, to complement the hops’ natural fruitiness, actual fruit. That fruit is what creates the hard work: zesting and juicing by hand 4,000 pounds of blood orange and grapefruit, and then adding the zest and juice to the beer as it nears the end of fermentation. With all that work, Champion has limited Fruitbasket to a once-a-year release, each January.

For this year’s iteration, though, the team took a slightly different approach. “We are always searching for ways to innovate and streamline our process while improving the quality of our beer,” says Josh Skinner, Champion’s Lead Brewer. That led them to aseptic fruit puree. “We have been playing around with adding purees to beers at the taproom for a couple of years now,” says Skinner, “and have been really impressed with their consistency and the quality of the beers made with them.”

So, for Fruitbasket this year, instead of all that zesting and juicing by hand, the Champion team added aseptic puree of blood orange and red grapefruit. The result: “the best Fruitbasket yet,” says Skinner. That’s high praise for a beer once called the best beer made in Virginia.

A 70 IBU, 8 % ABV Double IPA, 2019’s Fruitbasket will be released at the Champion tap room in Charlottesville on Wednesday, January 23 at 4 pm.