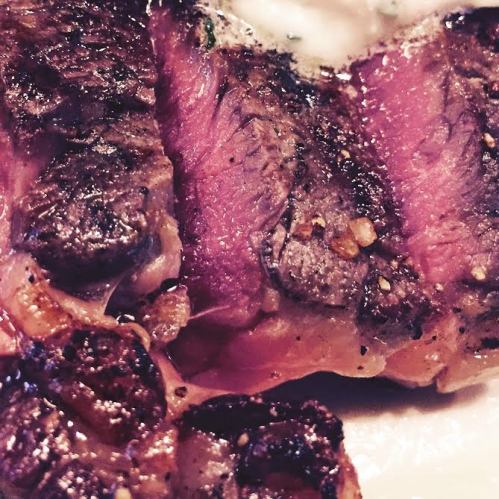 It ages for 70 days, and then cooks in about 200 seconds.  In an oven as hot as Lampo’s pizza oven, that’s all it takes to yield a perfect steak, just short of medium rare.

It is the brain-child of chef Ian Redhsaw, one of the Fab Four who own Lampo, the Neapolitan pizzeria where the stellar pizza is just part of the fun. Redshaw’s wife Allie is executive chef at Timbercreek Market, the butcher, cafe, and grocery recently opened by Timbercreek Farm.  Redshaw has been helping out at the market in his spare time, and with a longtime meat-lover in his version of a candy store, it was only a matter of time before he’d want to bring grass-fed Timbercreek steak to Lampo.

After-dry aging the meat for 70 days, Redshaw cooks it in Lampo’s pizza oven at temperatures nearing 1,000 degrees.  Less than four minutes later, you’ve got something both primal and delicious. Redshaw allowed me a sample, and the texture and flavor were spot-on.  Sometimes carnivores have a hankering for steak.  Touched with just salt, pepper, and olive oil, and rich with umami, this is exactly what they crave.

“Dry aged beef goes hand in hand with our philosophy at Lampo,” says Redshaw. “Take good quality ingredients and do as little as possible to them to elevate the flavor.”  What does the dry aging do?  For one, it “uses air and the natural uric and lactic acids to break down sinew as well as create natural MSG,” explains Redshaw. “It also tightens fat structure and decreases the amount of water in the meat, making the entire product more tender and concentrated in flavor.”

The first steaks, rib eyes, are available starting today.  There are less than 30 of them, and, at $14 for a 7 oz steak, they won’t last long. If you miss them this time, no worries.  You can just catch the next round. In about 70 days. 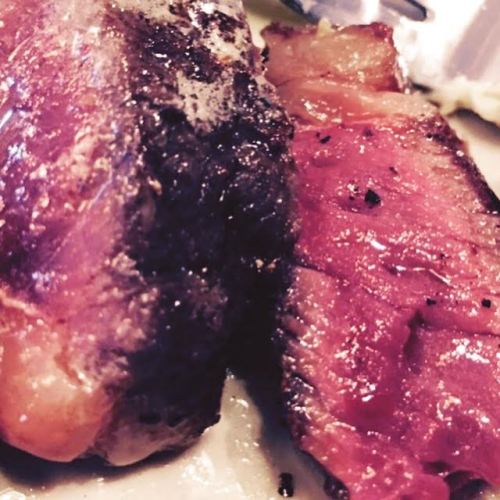