When it comes to food, some people are just different. You think about your next meal during your current one. You perseverate for hours about lunch. In your day job as a pharmacist, you daydream of opening your own restaurant. Food is on your mind, always.

One recent Sunday night, when I should have been sleeping, I instead was thinking about food. I sent an email to Justin Vesser, the UVa pharmacist behind The Tennessean Steakhouse, the passion project he operates a few times a year for charity. I wrote: “I’ve never tried doing it, but you could be just the man for the job. Deli-Egg Rolls. The ingredients for a Bodo’s Deli-Egg (without the egg) inside an egg roll.” He replied the next morning: “Well if that’s not a ‘eureka moment,’ I don’t know what is. I’ll take it to the test kitchen.” 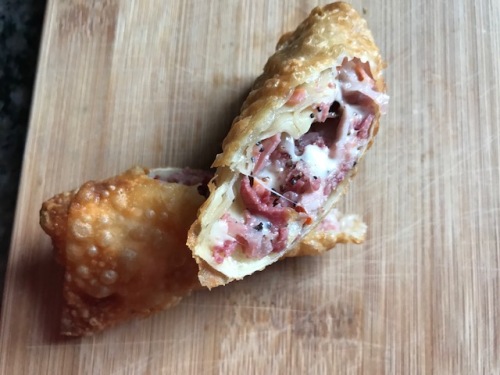 Go to Bodo’s and order one plain bagel with pastrami, corned beef, ham, salami and capicola. It’s all going to get chopped up at home, so save one stroke and ask for it to be cut in half. Prepare to have the cashier give you the hairy eyeball, and to be judged by the person ordering next to you.

Finely mince all of the meat and cheese slices, and thoroughly mix with bagel spice in a large bowl.

Beat egg in a small bowl and use a brush or your fingers to wet the edges of an egg roll wrapper. Plop a generous amount of the deli mixture in the middle and fold one corner up over the mix. Fold each side in, pinching to make sure there is a good seal and finish by rolling over the remaining corner.

A deli-egg needs egginess and creaminess, so I served it with a fresh hollandaise sauce for dipping. 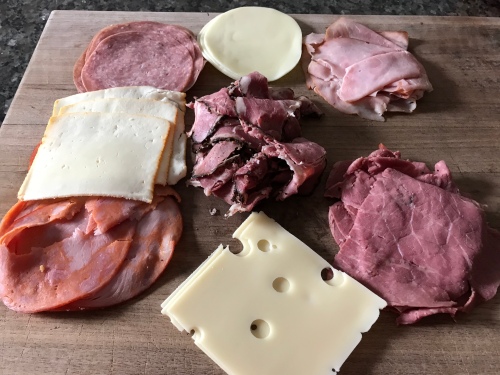 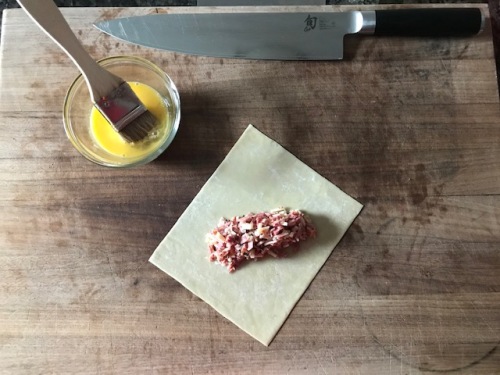 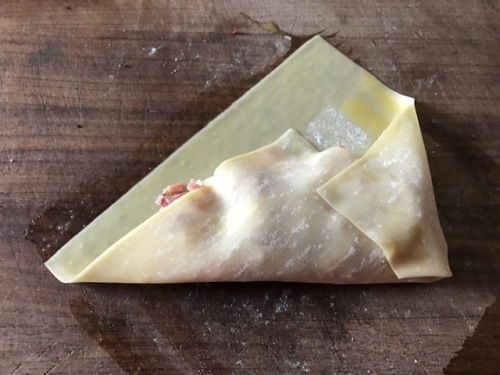 Tomorrow, February 4, MarieBette Cafe & Bakery, a Charlottesville 29 entrant, will open a downtown mall outpost on Water Street, beside Roxie Daisy. With a focus on coffee in addition to baked goods, Petite MarieBette will offer breads, pastries, tarts, and, after this week’s soft opening, soups, salads, sandwiches, and other counter-order fare.