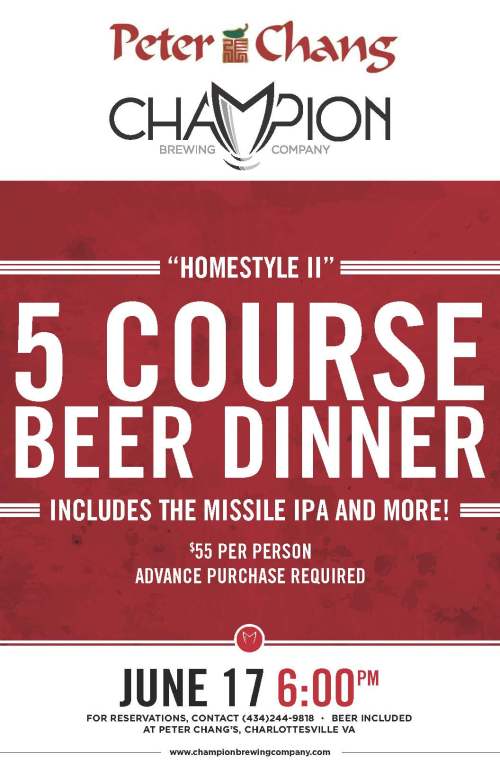 Homestyle, the dinner last year joining Peter Chang’s and Champion Brewing Company, was such a success that there have been repeated calls to do it again.  So we are.  On June 17, Peter Chang will personally prepare another multi-course menu of some of his favorite dishes from back home, while Champion’s Hunter Smith will be on hand to pair each course with his beers.  The menu will include dishes like 鬼椒薰鱼柳 (Ghost pepper smoked fish), 金沙排骨 (Golden powder spare ribs), and 石锅藕丸 (Lotus root and fish ball in stone pot).

For the first one of these dinners, tickets sold out almost immediately.  And, we’d be surprised if that didn’t happen again. Five appetizers, five entrees, and beer pairings, all for $55. So, call now to reserve your spot.  (434) 244-9818.

Below is a photo from the first dinner to whet the appetite. 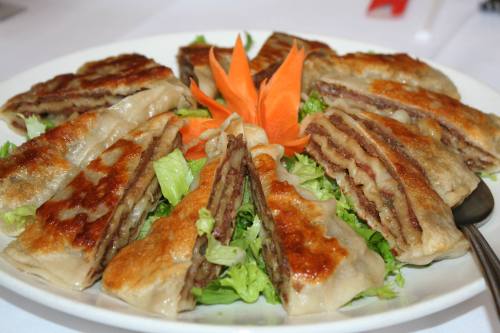