Five Finds on Friday: Will Gray 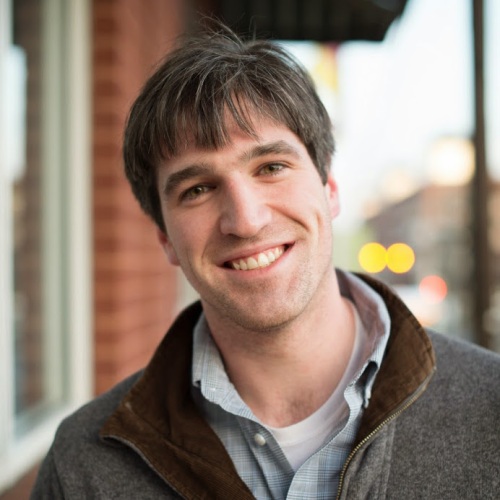 Photo by Our Local Commons.

On Fridays, we feature five foods finds selected by local chefs and personalities.  Today’s picks come from Will Gray of The Rock Barn.  The Rock Barn’s owner, Ben Thompson, was recently named Virginia’s Rising Star Artisan by StarChefs.Com, and Gray is a rising star of his own, says Thompson. “Will has a passion for local food production and will inevitably leave a significant mark on the local food system,” Thompson said.  Gray’s picks:

1)  Pad Kee Mao at Thai Siam in Arrington. “My sense is that at this point the secret is out about what Ms. Mae is cooking on Rt. 56 in Nelson. Be polite, phone ahead, and remember that if they’re too busy, you’re getting sent home empty handed. If you want to try some Thai cooking at home, ask Ms. Mae if you can have a few of the kaffir lime leaves she grows in the windows.”

2)  Meritage 2008 at King Family Vineyards in Crozet. “Full disclosure: winemaker Matthieu Finot is a friend and mentor of mine, and I’ve passed many a great evening on the back porch at Stu and Ali King’s, so KFV will always be my favorite Virginia winery. It gets crowded during the summer, but stop by on an early winter afternoon and you’ll have all of Jarman’s Gap to yourself.”

3)  Whatever Wine Andrew Cole from Lampo pours in my glass. “Andrew is one of my oldest friends in Charlottesville, and I have been lucky enough to drink more than my share of the ‘sommelier’s choice.’ His excellent palate, thoughtful recommendations, and overall front-of-house excellence make him a favorite of customers and vendors alike. I can’t wait to see what he and the crew at Lampo are rolling out this winter.”

4)  Roaster’s choice at Trager Brothers Coffee in Lovingston. “I’m a coffee fiend. Hot, iced, morning, evening… I drink it all day. A critical part of my Rock Barn commute included a 6am stop at TBC in Lovingston to fill up my travel mug with whatever they had had just finished roasting. We went through so much coffee they started blending us our own ‘Rock Barn Roast.’ Will Trager will also pull you some of the prettiest shots of espresso I’ve ever seen.”

5)  Cocoa-Marsala Canolli, Three Cheese Filling, Salted Chocolate and Hazelnut Crumble at Tavola. “I know Tavola is a perennial favorite on Five Finds, but now that Sous Chef Caleb Warr jumped the fence from MAS, he’s bringing some inspired desserts to the menu. Check it out this weekend, and send him a glass of wine, too – it was his birthday on Thursday.”